The site is situated in a prominent town centre location, on the banks of the River Wey.

The River Wey opened up as a navigation channel in the 1600s, and with the development of new industries, the site in question would become an important timber yard known as St Mary’s Wharf.

John Moon & Sons timber yard, operating from the wharf, supplied timber for the housing and boating industries in Guildford until the early 1960s, when the timber yard buildings were demolished, and a new branch of the Plummers Roddis department store was built in its place.

Our proposals aim to make the most out of this famous site with the wider community in mind. This includes complementing the neighbouring Yvonne Arnaud theatre’s cultural offering and opening up the riverside to be enjoyed by the local community. 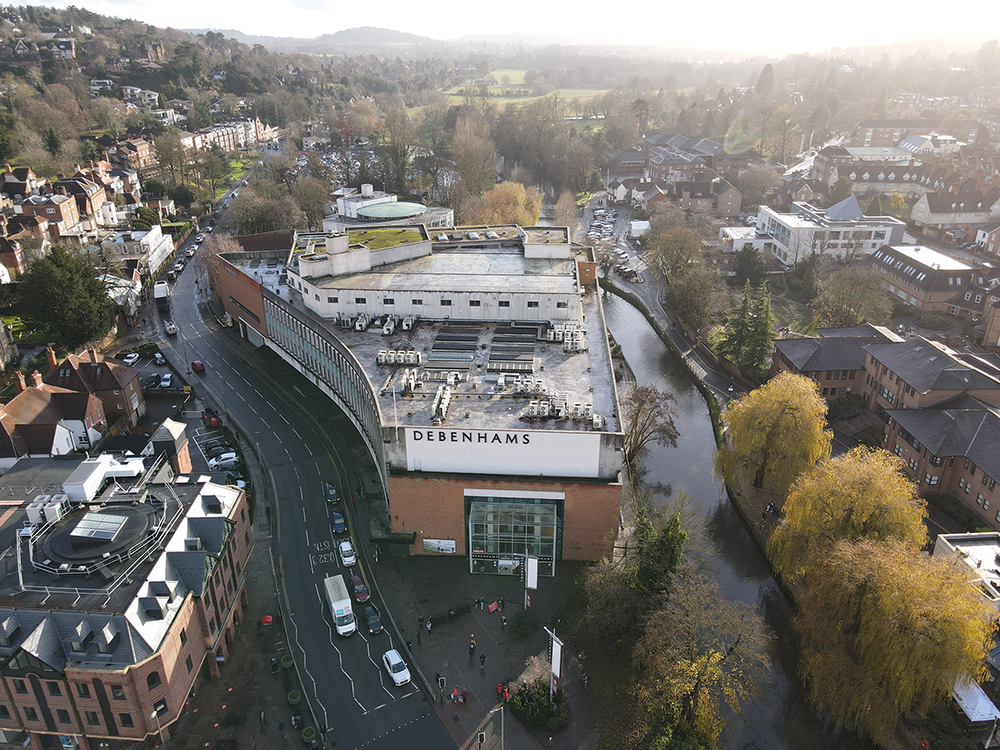